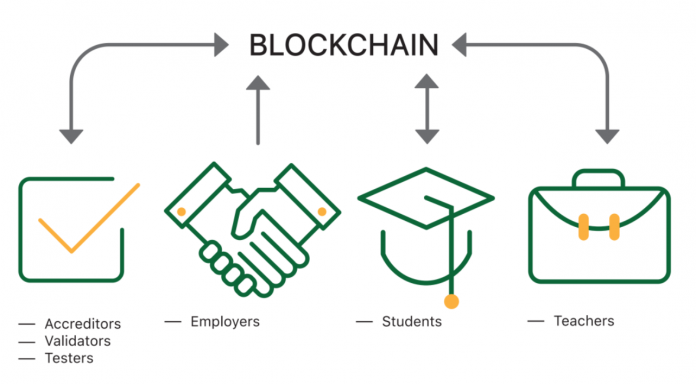 The future of blockchain developers is very promising. With the increasing popularity of Bitcoin and other cryptocurrencies, more and more businesses are starting to accept them as payment.

This trend is likely to continue, and the demand for blockchain skills will increase along with it. To be successful as a blockchain developer in the industry, one should learn how to code smart contracts, create decentralized applications, and understand cryptocurrency trading.

1. What inspired you to pursue a career in blockchain technology and become a blockchain developer?

I was inspired to pursue a career as a blockchain developer because it has the potential to revolutionize many industries and make them more efficient and secure. Additionally, I believe that blockchain can help reduce poverty and inequality by giving people more control over their own data and assets.

I was first introduced to blockchain technology through Bitcoin and I was immediately fascinated by its potential. I saw how it could revolutionize many industries and wanted to be part of that change. As a developer, I knew that I could help make this vision a reality by building applications on top of the blockchain.

2. What do you think is the key advantage of blockchain technology

The key advantage of blockchain technology is its decentralization, which makes it resistant to hacking and tampering attempts since there is no single point of failure. Additionally, this also gives users more control over their data as well as increased transparency since all transactions are recorded on the public ledger. Finally, decentralized systems tend to be more resilient than centralized ones since they can continue functioning even if some nodes go offline.

3. What do you think are the benefits of being a part of a decentralized system

Being part of a decentralized system means that each user has an equal say in how the network is run and governed . This results in a fairer system where power isn’t concentrated in the hands of a few individuals or institutions . Furthermore , decentralized networks tend to be more secure than centralized ones since there is no central point of attack . Finally , users also have greater control over their data in a decentralized system

4. What do you think is the key challenge when developing blockchain applications?

When developing blockchain applications, the key challenge is to ensure that all stakeholders can trust the data that is being shared. This requires a high level of transparency and security, which can be difficult to achieve. Additionally, it is important to ensure that the data on the blockchain is accurate and cannot be tampered with.

The key advantage of blockchain technology is its decentralization. This means that there is no single point of failure and it is much more resistant to attacks than traditional centralized systems.

Additionally, all data on the blockchain is immutable and transparent, which makes it ideal for applications such as financial record-keeping or supply chain management where trustworthiness is essential

5.What are the benefits of being a blockchain developer?

As a blockchain developer, some benefits include being at the forefront of a new and exciting industry with immense growth potential, having the ability to work on cutting-edge projects, and earning a high salary due to the current demand for developers with these skillsets.

For a blockchain developer, key challenge when developing blockchain applications lies in managing complexity since most platforms are still in their early stages of development and lack robust tooling or documentation compared to other mature technologies. Nonetheless, this presents an opportunity for developers who are willing to invest time in learning these new tools and frameworks as they mature over time.

6. What is the the key to success when developing successful Blockchain solutions?

The keys to success when developing successful Blockchain solutions include identifying use cases where decentralized trustless consensus can provide significant value propositions over existing centralized solutions; having strong technical expertise in cryptography, peer-to-peer networking protocols ,and distributed ledger design patterns; lastly being well versed in software engineering best practices so that your solution can be built robustly at scale from day one .

7. What are the biggest mistake one can do when building a blockchain solution?

The biggest mistake a blockchain developer can make when building a blockchain solution is not fully understanding the problem they are trying to solve and how blockchain technology can help. This often leads to either over-engineering a solution or using unnecessary features that bloat the codebase and make it more difficult to maintain. Another common mistake is failing to plan for scalability, which is essential for any successful blockchain project. Without proper planning, a project may find itself quickly overwhelmed by user demand and unable to cope with the resulting load on the network.

Finally, security is another critical consideration that must be taken into account from the outset. If a blockchain solution is not properly secured, it may be vulnerable to attack by malicious actors who could exploit any weaknesses to wreak havoc on the network.

8. What are the new developments in blockchain, cutting-edge ones only?

The blockchain is constantly evolving and there are always new developments happening in the space. Some of the latest and most cutting-edge developments in blockchain technology include:

– The development of private or permissioned blockchains, which offer increased security and privacy compared to public blockchains.

– The rise of enterprise applications of blockchain technology, such as for supply chain management or cross-border payments.

– The launch of new platforms like Ethereum 2.0 that aim to improve upon the existing infrastructure of blockchain networks.

– The increasing use of smart contracts, which allow for automated transactions and execution of terms within a contract.

– The development of new tools and services that make it easier for users to interact with blockchain technology, such as wallets and explorer platforms.

9. what are the use cases of blockchain in cross-border payments?

A blockchain is a distributed database that allows for secure, transparent and tamper-proof record-keeping. This makes it an ideal platform for managing cross-border payments, which are often complex and involve multiple parties.

There are several use cases for blockchain in cross-border payments:

Clearing and settlement: Blockchain can be used to streamline the clearing and settlement of cross-border payments by providing a single shared platform on which all transactions can be recorded. This would reduce the need for reconciliation between different parties and shorten the time required to settle payments.

KYC/AML compliance: One of the benefits of blockchain is that it enables users to share data securely between trusted parties. This could be used to exchange know-your-customer (KYC) or anti money laundering (AML) information between financial institutions when processing cross border payments.

Fraud prevention: The immutable nature of blockchains means that records cannot be altered retroactively without detection. This could help prevent fraud by making it easier to track suspicious activity and identify any unauthorized changes to payment records.

10. What are the use cases of blockchain in supply chain systems?

The use cases of blockchain in supply chain systems are many and varied. Perhaps the most obvious is its use as a distributed ledger, which can provide an immutable record of transactions and ownership across the supply chain. This could be used to track the movement of goods or materials, for example, and ensure that they are only transferred to authorized parties.

Another potential use case is smart contracts. These could be used to automate certain processes within the supply chain, such as payments or approvals, based on predefined conditions being met. This could help to streamline operations and reduce costs.

Blockchain could also be used to create digital identities for entities within the supply chain (such as businesses or individual items). This would allow for more efficient tracking and tracing of goods, as well as providing greater transparency around provenance information.

Finally, blockchain-based tokens may be used to incentivize positive behaviour throughout the supply chain. For example, tokens could be awarded for timely deliveries or successful quality assurance checks. This would create a strong incentive for all involved parties to work together efficiently in order achieve their goals.

11. Explain the use cases of permissioned blockchain?

A permissioned blockchain is a private blockchain where the participants are known and there is an authority that controls who can join the network. This type of blockchain is often used by organizations as it allows for greater control over the data and transactions taking place on the network.

12. Give an example of failed blockchain implementation?

The DAO was a decentralized autonomous organization that ran on the Ethereum blockchain. It raised over $150 million worth of ETH in its initial coin offering (ICO), making it the largest crowdfunding campaign in history at the time. The DAO was intended to be a decentralized way to fund Ethereum projects, but it soon became clear that the code was full of vulnerabilities. In June 2016, an attacker exploited one of these vulnerabilities to drain around $50 million worth of ETH from The DAO’s coffers.

This caused a panic among investors and led to a sharp drop in the value of ETH. The attack also resulted in hard fork of the Ethereum blockchain, with those who disagreed with The DAO’s bailout returning to the original chain. While The DAO experiment ultimately failed, it demonstrated some of the potential risks and challenges associated with running organizations on blockchains.In identity management, a permissioned blockchain can be used to store sensitive data such as biometric data or financial information. The security and immutability of blockchains make them well suited for this task.

ABOUT US
Newspaper is your news, entertainment, music fashion website. We provide you with the latest breaking news and videos straight from the entertainment industry.
Contact us: [email protected]
FOLLOW US
© Newspaper WordPress Theme by TagDiv
MORE STORIES
Interview Tips