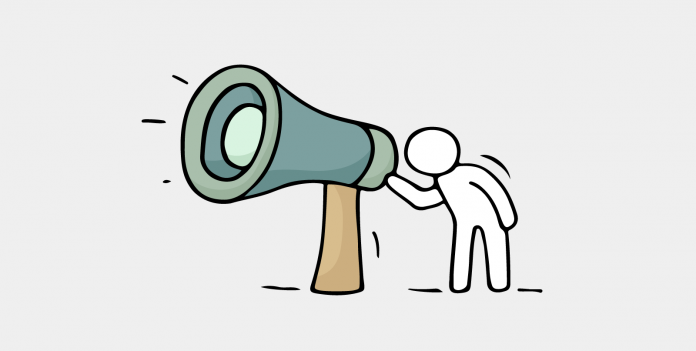 Recognize any of the platitudes on this list? Here’s why you should stop using them–now. Whipping out a platitude isn’t just annoying. Using some platitudes also shows you’re lazy–and not just in words but in actions:

What happens when you say that to me?

One: You imply I’m stupid. Two: You imply whatever I’m doing should take a lot less time and effort than it does. And three: After you say it, I kinda hate you.

Sure there is. There are as many I’s as team members. Those individuals, the more “individual” the better, serve to make the team stronger. The best teams are often a funky blend of the members’ individual talents, perspectives, and goals.

If you want a team to work hard and achieve more, make sure each person feels she can not only achieve?the team’s goal but also one of her own goals. Spend time figuring out how each individual on the team can do both, instead of taking the lazy way out by simply repressing individuality in the pursuit of the collective.

Fate had nothing to do with it. Something went wrong. Figure out what went wrong and learn from it.

“Oh, it wasn’t meant to be” is not just lazy but also places responsibility elsewhere. “Let’s figure out what we can do next time” is empowering and places the responsibility where it should be: on you.

“That’s probably not what you want to hear.”

It sucks to hear bad news, no doubt. But when you say that something isn’t what I want to hear, you shift the issue over to my side of the table. Somehow it’s become my problem.

Don’t shift. Explain why you made a decision. Explain the logic. Explain your reasoning.I still may not want to hear it, but that way the focus remains on the issue and not on me.

Yeah, yeah, I know: How I perceive something is my version of reality, no matter how wrong my perception may be. But if other people perceive a reality differently than you, work to change that perception. Make reality the reality. Besides, perceptions are fleeting and constantly changing. Reality lasts forever, or at least until a new reality comes along to replace it.

“We want your feedback.”

Don’t be passive if you truly want feedback. Don’t just make it easy for people to provide. Go get it. Be active. Ask, People who really want feedback take responsibility for getting that feedback–they don’t wait to receive it

“Do it now and apologize later.”

You’re not a bold, daring risk taker; you’re lazy and self-indulgent. Good ideas are rarely stifled. People like better; if they don’t like your idea, the problem usually isn’t them: It’s you.

Must Read:? Tips On How To Choose The Right Business School

Don’t take the easy way out. Describe what you want to do. Prove it makes sense. Get people behind you. Then whatever you do has a much better chance of succeeding.

“Failure is not an option.”

This one is often used by a leader who gets frustrated and wants to shut down questions about a debatable decision or a seemingly impossible goal: “Listen, folks, failure is simply not an option.” (Strikes table or podium with fist.)

Failure is always a possibility. Just because you say it isn’t doesn’t make it so. Don’t reach for a platitude. Justify your decision. Answer the hard questions. If you can’t, maybe your decision isn’t so wise after all.

“Let’s not reinvent the wheel.”

Because hey, your wheel might turn out to be a better wheel, which means my wheel wasn’t so great. And we can’t have that.

Here’s another shutdown statement. “It is what it is” really means, “I’m too lazy to try to make it different, so for gosh sake stop talking about it.” “It is what it is” is only true if you take the easy way out by letting “it” remain “it.”

This article appeared on Inc.com and is written by Jeff Haden. Jeff Haden learned much of what he knows about business and technology as he worked his way up in the manufacturing industry. You can follow him on twitter @jeff_haden

The author uses life stories to demystify the day -to -day Human Resources Challenges we face at work. His HR Blog ? Human Resources Blog endeavors to simplify the HR jargon.

ABOUT US
Newspaper is your news, entertainment, music fashion website. We provide you with the latest breaking news and videos straight from the entertainment industry.
Contact us: [email protected]
FOLLOW US
© Newspaper WordPress Theme by TagDiv
MORE STORIES
Communication skills