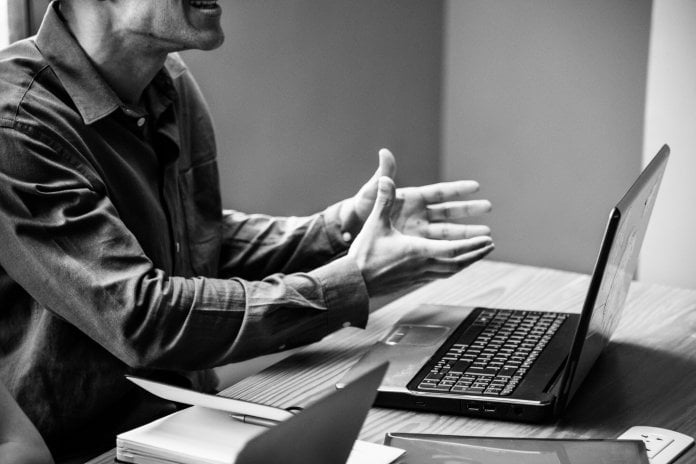 Considering that you are mentoring teams or leading by example. Conflicts are bound to happen in the workplace. It could be amongst colleagues or your peers, who don’t want to follow instructions, etc. Hence, conflict management is a skill that is imperative for the smooth functioning of any organization. It is the ability to solve matters that might hinder productivity.

A leader or a mentor should step up to conflicts, seeing them as opportunities for growth, and helping the team evolve. One should first try to read situations quickly and minimize the damage caused by the conflict. They should be skilled at focused listening and hammer out tough agreements and settle disputes equitably. One should also have the ability to find common ground and cooperate with minimum noise. Doing so helps resolve matters in a shorter span of time rather than stretching it.

Describe for me, a couple of instances in which you were the pivotal person to defuse a volatile situation.

It is likely that you have experienced situations where you had to resolve conflicts. Through this HR interview question on conflict management, the HR interviewer would like to see how you tackle the situation and may ask you to cite a few instances where you were the main person to defuse a volatile situation.  Think about a couple of instances when you had to do the needful.

Describe how you went about the resolution process. For example, if there had been a conflict regarding time and getting teams together, did you ask the other person to name a time when it would be convenient to meet. How would you ensure that a common time could be worked out? It could be that you decided to take the team out for lunch and discuss matters — this would be a suitable time for all, and yet it would be a nice change from the work environment.

An an answer to this HR interview question on conflict management, you can also cite a couple of other instances where you had to deal with such situations. It could be regarding budget constraints where two departments are asking for higher allocations. Describe the needed steps you took to resolve the issue. Did you take into consideration means of effective communication, analyzing the workflow and processes to see if an additional budget allocation was required? This would not only exude your conflict resolution capabilities but also reflect that you can think out of the box and highlight other skills too.

It is difficult to demonstrate the ability to be objective, unbiased, and trustworthy in situations that involve personal conflicts of interest. Describe a situation in which you found this most difficult to do.

Through this HR interview question on conflict management, by asking you about the perspective of being objective, unbiased, and trustworthy in situations that involve personal conflicts of interest, the HR interviewer wants to know how you judge situations. They want to see your analytical skills along with intuitiveness and rationale reasoning in these situations.

You can answer this HR interview question on conflict management, by describing a rather difficult situation that you were in. It could have been between a colleague who’s a close friend and a senior, who probably stands right. In such cases, you have to put aside emotions and take a judgmental call.

As an answer to this HR interview question on conflict management, you can mention that opposing positions, performance discrepancies, compensation issues, competitive tensions, power struggles, ego, pride, jealousy are often the root causes of a conflict at work. Say that when resolving such situations, you would like to get to the root of things, because the reality is that most conflicts are born out of poor communication. They can also occur because of the inability to control one’s emotions.

Think back to a time that showcases your aptitude to engineer a plan to equitably and calmly resolve a difficult dispute.

When talking about your aptitude to decide plans to sort out conflicts without dispute, you should ensure that you describe the situation in a modest way. You can say that the first steps in handling workplace conflict include understanding the situation from the involved parties. You should never just stick to one side of the story. Ideally, one should try to create an organizational culture designed to preclude conflict.

While answering this HR interview question on conflict management, you can discuss a particular situation where you sorted a conflict between two colleagues. It could be possible that there was a lack of communication, and this resulted in a misunderstanding. It could also be that you tried to intervene and discuss matters with both parties or spoke to them individually first.

Also, mention that in such situations, you don’t play favorites — rather, you try to handle the situation from a neutral perspective and without bias. Often, personal or official interests can make the situation worse, and hence, it is best to sort out matters at an earlier stage. However, it is important that the people involved maintain decorum and protocol adhering to work norms.

Describe two situations in which you exhibited foresight to identify and defuse conflicts before they occurred.

The employer or the HR interviewer through this HR interview question on conflict management, would like to know if you have the vision and the perspective to resolve conflicts or sort out matters before they get out of hand. When asked to describe a couple of situations like this, think about instances when a conflict was avoided or finished before it could commence.

It could be during an office or work meeting when there was a heated conversation between two colleagues regarding a deadline. Sensing that the matter would get out of hand, you picked a neutral date that was viable for both and would be acceptable. You could have also offered extra manpower if there was a delay just to ensure that the tasks would get completed on time, without offending any parties.

It could be a situation where your manager is bossing your colleague or close friend at work. You can see that the water is going over the head, and this might lead to a heated argument — thus causing loss of job for your friend. In this situation, you can try talking to your friend/ colleague and explain that they should tone down things. Alternatively for this HR interview question on conflict management, you can suggest methods to lead a neutral agreement so that the manager and your friend are sorted.

Tips To Clear The Internship Interview With Flying Colors