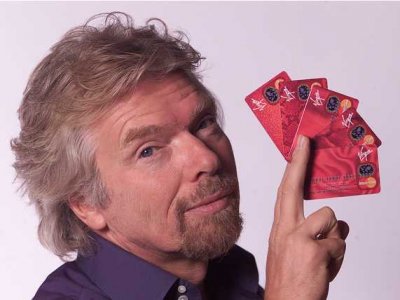 Richard Branson founded Virgin in 1970 at the age of 20, and he hasn?t looked back.

He?s the only entrepreneur to have built eight separate billion-dollar companies in eight 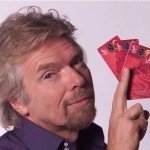 different industries ? and he did it all without a degree in business.

“Had I pursued my education long enough to learn all the conventional dos and don’ts of starting a business I often wonder how different my life and career might have been,” he writes in his new book, Like a Virgin: Secrets They Won?t Teach You at Business School.

We?ve compiled some of the best tips from his book here.

Don’t do it if you don’t enjoy it.

Running a business takes a lot of blood, sweat, and tears (and caffeine). But at the end of the day, you should be building something you will be proud of.

Branson says, “When I started Virgin from a basement in west London, there was no great plan or strategy. I didn’t set out to build a business empire … For me, building a business is all about doing something to be proud of, bringing talented people together and creating something that’s going to make a real difference to other people’s lives.”

?Make sure you appear on the front page and not the back pages,? said Laker. ?You are going to have to get out there and sell yourself. Make a fool of yourself, whatever it takes. Otherwise you won?t survive?.

Branson always makes a point of traveling often and meeting as many people as he can. This, he says, is how he came by some of the best suggestions and ideas for his business.

The unique name and brand that Virgin employs is one of the things that has made the company a success. Branson makes sure that the name ?Virgin? represents added value, improved service, and a fresh, sexy approach.

Branson says that he is asked all the time about the origin of the Virgin name, back when Virgin was just starting. “One night, I was chatting with a group of sixteen-year-old girls over a few drinks about a name for the record store,” he says. “A bunch of ideas were bounced around, then, as we were all new to business, someone suggested Virgin. It smacked of new and fresh and at the time the word was still slightly risqu?, so, thinking it would be an attention-grabber, we went with it.”

You can’t run a business without taking risks.

Branson thinks of one of his favorite sayings when advising about taking business risks: ??The brave may not live forever?but the cautious do not live at all!??

Every business involves risks. Be prepared to get knocked down, says Branson, but success rarely comes from playing it safe. You may fail, but Branson also dares to point out that “there’s no such thing as a total failure.”

The first impression is everything. So is the second.

The second time a customer usually contacts Virgin, it?s because he or she is having problems with the product or service. How you present yourself and your brand in these situations says a lot about how your brand maintains good customer relationships and handles obstacles.

“There’s an inherent danger in letting people think that they have perfected something,” says Branson. “When they believe they’ve ‘nailed it’, most people tend to sit back and rest on their laurels while countless others will be labouring furiously to better their work!”

For this reason, Branson never gives anyone a 100% perfect review of their work. He believes that no matter how ?brilliantly conceived? something is, there is always room for improvement.

The customer is always right, most of the time.

The customer is always right… unless they?re wrong. After all, they?re only human too. Your customers? opinions are important, but ?you should not build your customer service system on the premise that your organisation will never question the whims of your clients,” says Branson.

Must Read:?Do You Have What It Takes To Lead?

Branson warns that many entrepreneurs think if they provide ‘the-customer-is-always-right’ service that it will improve their businesses. This is only sometimes true. Beware not to damage relationships with customers or staff with your customer service policies.

When it comes to defining your brand, Branson advises entrepreneurs to do the opposite of what he did with Virgin, which is spreading out all over the place. And while it’s true that Virgin branches into many different industries, Branson says the company is actually quite focused on one thing: “finding new ways to help people have a good time.”

Stick to what you know. Underpromise and overdeliver. Because if you don?t define your brand, your competitors will. 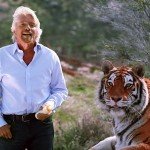 ?We will find new species and better understand the make-up of the deep-level waters,? says Branson.

Business translation: There are still many things out there that haven?t been discovered, invented, achieved. Exploring little- or uncharted areas can spark new ideas and innovations.

Beware the “us vs. them” environment.

A workplace should be one in which the boss and his or her employees communicate well and work together toward the same goal. ?If employees aren?t associating themselves with their company by using ?we?, it is a sign that people up and down the chain of command aren?t communicating,? says Branson.

If you think there might be discrepancies or tension between employees and management, Branson advises to check with the middle management first to try to uncover the source of the problem and address it head-on.

Employees must feel free and encouraged to openly express themselves without rigid confines so they can do better work and make good, impactful decisions.

“This may sound like a truism,” begins Branson, “But it has to be said: It takes an engaged, motivated and committed workforce to deliver a first-class product or service and build a successful, sustainable enterprise.”

Not everyone is suited to be CEO.

A manager needs to be someone who ?brings out the best in people,? someone who communicates well with others and helps an employee learn from a mistake instead of criticizing them for it.

Not everyone does this well, and that?s okay.? The founder can but doesn?t have to be the CEO; if the fit isn?t right, he or she should know when the role is meant for someone else.

Branson says you must learn to be a good listener in order to succeed, and that means bouncing ?every idea you have off numerous people before finally saying, ?We?ll give this one a miss,? or ?Let?s do it.??

That means being thorough and deliberate before executing any decisions. In business, seeking a variety of opinions “can save you a lot of time and money,” says Branson. “Don’t tell people about others’ suggestions until you’ve heard what they have to say. In the end you may decide that the best advice is to walk away?and later find out it was the very best solution.”

Business ventures with another person, be it a friend or a partner, don?t always work out. If this is the case, successful entrepreneurs know when to part ways.

But just because you decide to go in another direction doesn?t mean things have to end badly, especially with a friend, says Branson. Handle any problems quickly and head-on, and end the relationship as amicably as possible.

Pick up the phone.

It?s great to be tech-savvy, but don?t text or email when you should be calling. “The quality of business communications has become poorer in recent years as people avoid phone calls and face-to-face meetings, I can only assume, in some misguided quest for efficiency,” Branson says.

Problems are more difficult to solve by text or email, and ?there is nothing efficient about allowing a small problem to escalate,? says Branson, when it could have been easily addressed with a phone call.

Change shouldn’t be feared, but it should be managed. 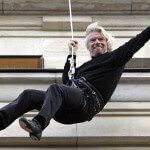 ?Companies aren?t future-proof,? says Branson, and nothing lasts forever. An entrepreneur should be prepared to adapt, and avoid being nostalgic about the company itself.

“Sometimes you have to take your company in a new direction because circumstances and opportunities have changed.” If this is the case, Branson advises that you should “find ways to inspire all employees to think like entrepreneurs … so the more responsibility you give people the better they will perform.”

When it comes to making mistakes, bounce back, don?t fall down.

Your decision will not always be the best decision. Everyone makes mistakes, but the best thing you can do in the face of a mistake is own up to it.

Honesty isn?t just the best policy, it?s the only policy, notes Branson. When a mistake is made, don?t let it consume you. Uncover the problem and get to work fixing it.

Be a leader, not a boss.

Branson sees the classic image of ?the boss? as an anachronism. Being bossy is not a desirable trait in a manager, he says. A boss orders while a leader organizes.

“Perhaps, therefore, it is odd that if there is any one phrase that is guaranteed to set me off it’s when someone says to me, ‘Okay, fine. You’re the boss!'” says Branson. “What irks me is that in 90 percent of such instances what that person is really saying is ‘Okay, then, I don’t agree with you but I’ll roll over and do it because you’re telling me to. But if it doesn’t work out I’ll be the first to remind everyone that it wasn’t my idea.'”

A good corporate leader is someone who doesn’t just execute his or her own ideas, but also inspires others to come forth with their own.

Source: “Like a Virgin: Secrets They Won?t Teach You at Business School.”This article is written by?Melissa Stanger and appears?on inc.com

How to Survive & Benefit From a Market Slowdown