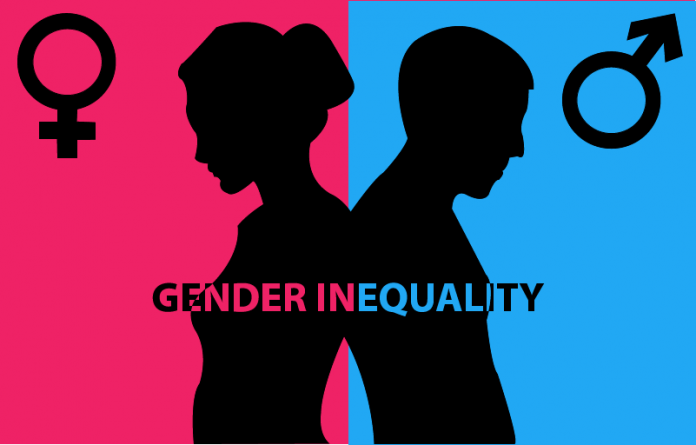 Gender Equality seems to be media?s darling these days and every week one or another company gets highlighted for its women friendly practices. The reality on the ground is strikingly different. Women start careers in business and other professions with the same level of IQ, education, and passion as men. Though in the end few reach the top rung. From my experience of working with MNC?s In India and interacting with many CEO?s and the HR head?s the wheel has started turning in the right direction but a lot needs to be done. I am penning down some of the stories, which I have heard as rumblings in the corporate corridors.

Marriage is a stigma
Recently, I heard of an incident, which reminded me of deep-rooted bias against women. This gentleman, who adores the level of a Managing Director, interviewed someone for the post of his Executive Assistant, he found her to be competent and smart. The female candidate during her interview told the ?Managing Director?, that she plans to get married in 6 months and would need leave for that occasion. In India, the marriage remains an elaborate affair and the leave ranges from two to three weeks at maximum. The MD refused to hire the candidate because she was planning to get married and he would have to give her leave. He in fact had the courage to write this as a reason and email it to the HR head and express displeasure over the fact that she wanted to get married and he would have to give her leave. The HR head, a female politely reminded the MD, that their company is an Equal Opportunity Employer and this amounts to discrimination. The MD Refused to budge and the female was never hired. The HR head, accepted the fate and they have now narrowed the search criterion not to include ? Females who have a higher probability of getting married?. For the sake of confidentiality, I cannot name the company, it is a globally renowned MNC and their public campaigns swear of being a women friendly workplace.
Looks matter and you need to be fair looking
I have done many years in the service industry wherein we would hire the candidates for managing clients premises. Most of the clients who outsourced were large MNC with very well respected policies; In India the on ground situation was completely different for a handy few. In these companies, as a matter of routine, the clients would reject female candidates because they were not ?fair enough?, ?slim? and? on other physical attributes. It took me some time to drill down that this amounts to discrimination and is not acceptable. Did anything change? Yes, to a small extent the feedback never mentioned that they were not beautiful. In fact I still remember some one telling me a story about gender discrimination, one of his clients, mandated that the front office candidate has to have a pleasing personality, look beautiful, the senior guy did not have an iota of shame in his eyes when he told this, for he always knew that law would never catch up with him and since he continued to deliver on the bottom-line, his job was safe. I still interact with many in the HR fraternity; it is still rare to find companies that don?t consider looks as a criterion for hiring. Shameful but it?s the truth, just look at front office of companies, you will find similar looks almost everywhere, did this happen by chance only?Having a child is bad for your career

Men in the recent future will not be able to bear children; nature has designed us in a way that women can only bear a child. This is basic, and should be easily understood. Still most of the companies don?t understand this, for married women, the interviewer is generally very interested in knowing when she plans to start a family, some interviewers who are dumb ask the question directly others who consider themselves smart, twist the question to get a response.

It is a fairly common practice to not hire females who are of the childbearing age, lack of feedback tools and discretionary power with the interviewer make them find faults in the profile to reject them on other grounds. Whilst most MNC?s seem to be giving the maternity leave, some of the Indian employers still shy off from this legal responsibility. I remember hearing about a company that would try to cajole/ convince females to resign as soon as they announced maternity, lack of awareness in females and their need to maintain good relationship with their managers, for the company would be their future job referral leads to this malpractice. One company, which I know of, went to the extent of trying to declare females on extended maternity leave as absconding, instead of understanding that new born infants need time and mothers care.

Even new age companies like Apple and Facebook are no better, they have started paying money to female employees, so that they can freeze their eggs using cryopreservation and delay the child bearing age. Initially pioneered to give women the chance of having children after undergoing cancer treatment, cryopreservation is a costly procedure costing upwards of USD 20K. Apple & Facebook are in the hope that career-focused women can delay the disruption to their careers caused by childbirth and motherhood. Now this is retrograde, we are telling females that forget that you have to bear child and we will pay you to delay it, give us your best years, be like men. The larger question to consider is motherhood an obstruction and barrier to career?

Working Families CEO Sarah Jackson on the topic of preserving eggs, says ? They need to be finding ways of valuing women rather than appearing to say ?there?s a problem with you, which is your fertility? ? let?s find ways of minimizing that impact.?

By offering support for freezing female eggs, companies are reinforcing the notion that pregnancy and motherhood render women less capable of doing their jobs. Worse still, according to medical science older mothers are more likely to suffer from medical complications during pregnancy and labour, and on the work front, they will possibly hold more senior positions with even greater demands on their time later on.

You have to work extended hours like your male colleagues

It is rare that men fathom the household responsibility; a female has to take care of household in addition to being at the top of her job duties. One of the best ways for men to deny career advancement to females is by giving them tasks after duty hours. Now some do it knowingly, others are dumb and don?t realize that at times females are managing two ships. Using historic data of not completing tasks on time, females are denied promotions and slowly females start doubting their capabilities to compete. Just because men can work extra hours should not give them an edge in their careers early on. Maybe because of this, most of the women tend to pick up administrative jobs, which are clock bound to avoid the trauma of working beyond working hours. Some countries like Germany and France have enacted working hours legislation, it will be interesting to see if this facilitates advancement of females in corporates and brings work life balance for men too.

New age companies are no better Most of the high paying jobs are getting created in the IT sector, which is marked with gender imbalance. Lets look at how the world majors in technology stack up

? 4.2% of investing VCs are women as per a study from Fortune

If wealth creation in future will be led by technology and innovation, females are going to earn far lesser because technology will eat mundane administrative jobs. If women don?t take to IT jobs and we don?t proactively work towards removing the barriers, women in future will not be in a better position then they are now.

A new cohort of young women, part of the millennial generation has been entering the active workforce for the past decade. In comparison to their mothers and grandmothers they are better educated and in some cases ahead of their male counterparts. It?s to be seen if they can continue to be females, raise a child timely and still rise to the top echelon of the management without going through the roadblocks that the current generation of females is facing.

The Business Case For Gender Diversity

How To Make Diversity Recruiting Work?

ABOUT US
Newspaper is your news, entertainment, music fashion website. We provide you with the latest breaking news and videos straight from the entertainment industry.
Contact us: [email protected]
FOLLOW US
© Newspaper WordPress Theme by TagDiv
MORE STORIES
Gender Diversity

How To Make Diversity Recruiting Work?