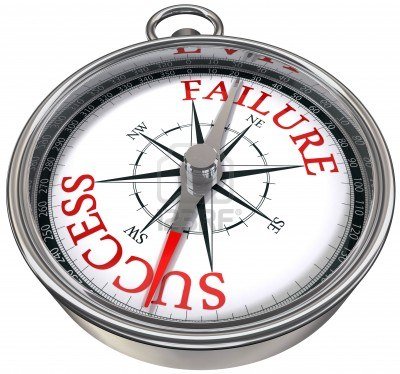 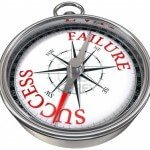 Why do some people achieve their goals while others fail? I believe it’s because successful people manage to overcome five barriers that, in many cases, guarantee failure. Here are those barriers and how to overcome them:

When most people set goals, they envision a “thing,” such as a particular amount of money, an object (like a new car), or a specific achievement (like writing a book). Unfortunately, these “things I’m gonna get or do” goals don’t appeal to the core of what motivates you, because they miss the point that what you’re actually seeking in life and work is the POSITIVE EMOTIONS that you believe those things will produce.

Fix: Rather than envisioning a “thing” as your goal, envision–with all the strength in your imagination–how you will feel when you achieve the goal. That way, you’ll be inspired to do whatever it takes (within legal and ethical bounds) to achieve that goal.

Fix: Decide–right now!–that failure, for you, is a strictly temporary condition. If things don’t go the way you’d like, it’s only a setback that, at most, delays your eventual success. In other words, accept the fact that you’ll sometimes fail, but treat that failure as an unavoidable (yet vital) component in your quest.

In many ways, this fear is even more debilitating than the fear of failure. Suppose you achieved something spectacular, like enormous wealth. What if it didn’t make you happy? What then? What if you ended up losing all of it? What then? Would your friends start acting weird? Would your family be envious? Such thoughts (and they’re common) can cause even a highly motivated person to self-sabotage.

Fix: Decide that you’re going to be happy and grateful today and happy and grateful in the future, no matter what happens. Rather than focus on possible problems, envision how wonderful it would be to be able to help your friends and family achieve THEIR goals. (Hint: Watch the last season of the TV series Entourage!)

Most people vastly overestimate what they can do in a week and vastly underestimate what they can do in a year. Because of this, most people try to cram too many action items into the short term rather than spacing out activities over the long term. The inability to get all the short-term steps accomplished creates discouragement and the impression that the final goal is slipping away.

Must Read:?Practicing Mindfulness Can Boost Your Career

Fix: As you list the activities and steps required to achieve a goal, schedule only the 20% of the activities that will produce 80% of your results. (I explain more about this in the post The Secret of Time Management.) Beyond that, set ambitious long-term timetables, but always leave some “wiggle room” when you plan short term.

It’s easy to get discouraged when you reach a point at which nothing you do seems to advance you toward your goal. For example, suppose you’re trying to master a certain skill. You make swift progress at first but then, after a while, it seems as if you’re not doing any better, or maybe a little worse. Some people use these “plateaus” or “dry spots” as an excuse to give up and therefore fail.

Fix: Whenever you reach a plateau or dry spot, it’s time to celebrate rather than give up. A plateau is almost always a sign that you’re on the brink of a major breakthrough, if you just have the patience to stick with it and trust that you’ll eventually achieve your goal.

This Post ?appears on Inc.com and is written by Geoffrey James .Geoffrey writes the Sales Source column on Inc.com, the world’s most-visited sales-oriented blog.?

How to Survive & Benefit From a Market Slowdown

Why you should not shy away from taking regular performance feedback from your manager?

Negative Impact of Technology on Your Workplace Productivity

ABOUT US
Newspaper is your news, entertainment, music fashion website. We provide you with the latest breaking news and videos straight from the entertainment industry.
Contact us: [email protected]
FOLLOW US
© Newspaper WordPress Theme by TagDiv
MORE STORIES
Employee Engagement

Developing People On The Job