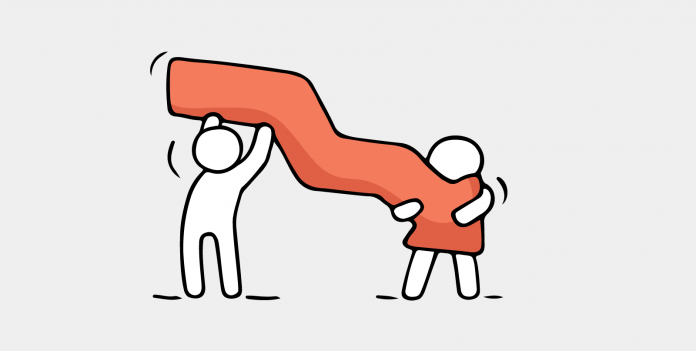 One of the biggest issues for me over the years has been how to make the mind an ally instead of an enemy. Everyday suffering is primarily mental. We obsess and worry. Old hurts haunt us and anticipate new ones with anxiety. For many people, the same four questions keep cropping up to exacerbate these feelings:

Making these thoughts go away is difficult. They are persistent and never seem to resolve themselves. The solutions we try to find don’t work either. We ignore the nagging questions?a form of denial?or we reassure ourselves that there is nothing wrong, which, ironically, only stokes the worry and doubt. Another tactic? We try to offset our anxiety by proving our worth through the pursuit of money, power, and accomplishment. This can result in riches and success, but it doesn’t put an end to the fear or the idea that the future holds something dreadful and unknown.

It’s necessary to try a new way, one that allows our mind be our friend and not our enemy. To do that, we have to move from the level of the problem to the level of the solution. The first step is to take an honest look at what the four questions are doing to you and where they come from.

This thought arises from personal insecurity, self-doubt, and judgment against yourself. When people wrestle with self-doubt, they get stuck saying opposite things to themselves: “There’s nothing wrong with me” one day and “I’m a mess. Everything is wrong with me” the next, as circumstances swing from good to bad. Neither extreme is true, but that’s not the point. The false answer becomes a ritual, a fixed response that gets nowhere. Other ritualistic thoughts would include “I keep doing this to myself,” “I’m stupid,” “I’m all alone,” “I never get a break” and so on.

Must Read:?5 Tough HR Interview Questions Worth Preparing For

The problem is that you’re trying to answer a question that is self-defeating, to begin with. Instead, you must look at why the question arose and solve that problem?which is insecurity. You are giving away your power. Security comes from being centered in the self.

This concerns dread about the future. It’s about the lack of trust. In life, you will never know what is going to happen. Any attempt at a response is futile, since this, too, is a self-defeating question. Instead, you need to live in the present. Realize that the future is not only unknown to you?it is unknowable to anyone no matter how much you worry. Therefore, you are worrying about a phantom; fear is piling on hypothetical possibilities and worst-case scenarios. They vanish only when you place your attention on the here and now.

“How will I ever get out of this?”

This question comes from a feeling of being trapped. To end that feeling, you must make space for creativity. It is self-defeating to block your creative juices with an obsessive repetition of the doubt. Solutions don’t come from panic. They come when you reframe the situation you are trapped in. Instead of seeing it as a prison, see it as a chance to prove that you are capable of meeting reality head-on. By clearing away the fear, you open a channel for new solutions to appear.

“Where will the money come from?”

On the surface, this is about finances. But beneath that, this question comes from the feeling that your life can be taken away from you. You think that money protects you from total loss of control and if there isn’t enough of it, unseen forces will overwhelm you. Rather than tackling the money issue, it’s time to create a safe place inside you. The first step is to see that money isn’t going to make you safe (unless, of course, you lack the necessities of food and shelter). A prudent amount of money is undeniably a safeguard, but a sense of lack is psychological. You will feel safe inside not when you have enough money, but when you?can say “I am enough.”

?
?
This Article is written by Dr. Deepak Chopra a World-renowned expert on mind-body healing; Dr. Deepak Chopra is the co-founder of the Chopra Centre for Wellbeing in Carlsbad, California. Deepak’s Wellness Radio airs weekly on Sirius/XM Stars, Channels 102 and 55, and focuses on topics like success, love, sexuality, relationships, well-being, and spirituality.?Deepak is the author of more than 55 books, with 14 best-sellers on mind-body health, quantum mechanics, spirituality and peace?
?
Thanks

What should you eat for lunch at office to avoid sluggishness?

Neil Armstrong – 5 Lessons From His Life