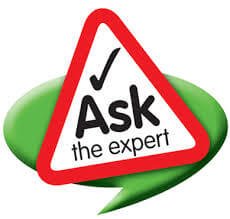 The ratings were given by bosses, colleagues, etc. using 360 assessment of leadership abilities. ?The workers under bad leaders were also unhappy and the ones working under good leaders were more committed than most of their counterparts.

According to Jack Zenger and Joseph Folkman, the world leaders in leadership development consulting, there are two different styles a leader can adapt to engage employees. In one approach the leaders are called the drivers and in the other approach the leader is ?called the enhancer.

The Enhancer type of leader helps in solving the issues and concerns of the employees, and also acts as a role model for them. They give essential feedback in an honest and helpful way, develop people and build trust.

Which of these two approaches to employee engagement works best? In an informal survey about this, the Enhancer type of leader got the most approval. Also, most leaders believe that employee commitment can be enhanced if the leader is a nice person.

But the numbers show a different story. In a survey, the employees were asked about their level of engagement on a scale of 1 to 5, and also if their leaders were enhancers or drivers. Those leaders who scored 75th?percentile were judged as effective drivers or enhancers.

From this data it was found that 8.9 % of employees who judged their leaders to be effective drivers, and not enhancers, rated themselves in the top 10% in terms of employee engagement.

One Style of leadership is not Good Enough , Go for a blend

This analysis shows that being a just driver or an enhancer is not sufficient. Both approaches of leadership are needed for successful employee engagement.

68% of employees under leaders who were both enhancers and drivers scored in the top 10% in satisfaction and engagement in the organisation.

So it is clear that it is not enough to determine which approach is better. Instead, leaders should include both approaches to create highly engaged employees and also be considerate, trustworthy and collaborative in their interactions with employees.

Both the leadership styles should be used together like the oars of a boat ,with equal force so that maximum employee engagement is achieved.

How to be your best at an offsite company trip?