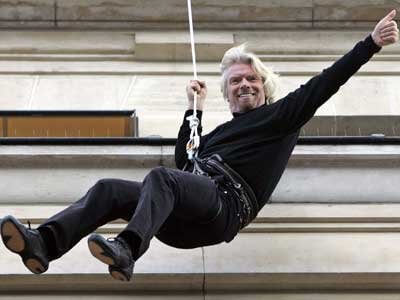 Noted economist John Maynard Keynes in1930, predicted that by 2030 technological advances would allow people to work as few as 15 hours a week. Whilst 15 hours a week may seem unachievable, the wheel is definitely is turning in that direction. Recently many top leaders ranging from Mexican telecom billionaire entrepreneur Carlos Slim, Richard Branson of Virgin Group and Larry Page of Google have advocated a four-day workweek.

Larry Page, founder of Google says. “The idea that everyone needs to work frantically to meet people’s needs is just not true,” people need to feel busy and productive, but they don’t need to work so much to get there. Most people like working, but they’d also like to have more time with their family or to pursue their own interests. According to Larry, one way to deal with the problem is to have a coordinated way to just reduce the workweek.”

Health is a growing concern

More and more people are suffering from lifestyle disorders, India ranks among one of the fastest contributors. A new research in 2014 by Metropolis healthcare points that, Lifestyle diseases like diabetes and high cholesterol are now hitting more young men in the metropolitan cities of India. Despite rising awareness, more than half of the men surveyed in major cities like Delhi, Mumbai, Ahmadabad and Chennai suffer from diabetes. A similar report from Forbes India opines that more young people are dying of lifestyle diseases rather than infections. India has the highest number of people dying from heart diseases.

As diseases afflict more and more youngsters, the impact on their ability to earn is substantial. Now this is a time bomb waiting to explode, the implications are two fold, one the company will have to bear additional medical expenses in insurance coverage?s and secondly cope up with reduced productivity for that employee as they would take more sick days off. In case you were to fall ill because of high stress at work, and compute the loss of productivity over your life period, it would add up to a substantial loss of earning. This is assuming that your employer will continue to foot the medical bill if you were to fall ill, there are minimal chances that the company will keep you employed.

A report from CNN says; Netherlands has the least number of working hours in a week, starting at 29 hours per week, with Denmark and Norway following at 33 hours per week. Despite the numbers of hours being below the usual 40 hours a week, citizens of these countries have an average annual income in the mid-$40k range, as compared to US where median income is close to $54k a year. These countries lead the pack globally when it comes to employee friendly labor laws, with mandatory vacation days for full- and part-time workers, extensive maternity and paternity leave, and flexible schedules. There is definitely a way both can be balanced

Northern European & Scandinavian countries lead the global list of happiest countries United Nation?s Sustainable Development Solutions Network, places Denmark, Norway, Switzerland, the Netherlands, and Sweden as the happiest countries in the world. The U.N. further states, ?The report also shows the major beneficial side-effects of happiness. Happy people live longer, are more productive, earn more, and are also better citizens. Well-being should be developed both for its own sake and for its side-effects.? Though not proven conclusively, due to lack of research it appears that productivity and happiness are positively correlated, and this is something we you should look at.

New business can be successful with a 4-day week

In order to attract great people and keep them focused during work hours, a startup from United States, Treehouse has adopted the four-day workweek. Despite reduced workweek, the company has grown by an impressive 120 percent annually and still clocks millions in sales. Jason Fried, CEO of another highly successful startup Basecamp says, ?When there?s less time to work, you waste less time. When you have a compressed workweek, you tend to focus on what?s important. Constraining time encourages quality time.?

Jobs will vanish in future faster than anticipated

With 3D printing, humanoids, self driving cars and other advances, the number of traditional jobs will keep on decreasing rapidly over the next decade. Our assumptions that growth will create more jobs in the same proportion as yester years, may be completely flawed, more and more researchers are pointing out that this will be the last decade of job creation as we getting on the task on automating and disrupting everything. US data suggests that technology already destroys more jobs than it creates, as GDP has been able to grow faster than employment since 2000.

Vivek Wadhwa a noted educationist from Stanford University says in an article, ?Regardless, at best we have another 10 to 15 years in which there is a role for humans. The number of available jobs will actually increase in the U.S. and Europe before it decreases. China is out of time because it has a manufacturing-based economy, and those jobs are already disappearing. Ironically, China is accelerating this demise by embracing robotics and 3D printing.? Futurist Thomas Frey in a TedX talk in Istanbul echoed similar sentiments in 2012; he said two billion jobs would disappear by 2030 (roughly 50% of all the jobs on the planet) .A similar research from Oxford University in 2013 put the number at 47% by 2025.

The Oxford report charts out the path of change, first computers will start replacing people in especially vulnerable fields like transportation/logistics, production labor, and administrative support. Jobs in services, sales, and construction may also be lost in this first stage. Then in the second phase, the rate of replacement will slow down due to bottlenecks in harder-to-automate fields such engineering. This ?technological plateau? will be followed by a second wave of computerization, dependent upon the development of good artificial intelligence. This could next put jobs in management, science and engineering, and the arts at risk.

Use the free time to learn new skills

It is very evident that most of the current skill set will get dated in the next ten years; if the larger population has to remain employed they need to pick up new skills and be considered in the job market. The extra time should be used to learn new skills and emerging technologies. You can keep yourself relevant and employable in future by proactively learning new skills, which will be needed in future.

This article is not intended to predict doomsday, rather it is as a wakeup call, letting the world know how quickly things are about to change, and letting employees know that much of the battle ahead will be taking place at their doorstep. The benefits of moving to a reduced workweek are multifold, starting with healthcare, reduced stress, Increased happiness and productivity coupled with the chance of being employable in the next decade.

Moving To a Six Day Work Week, How To Balance?

How a Vacation Can Benefit Your Career

Tips For Getting Your Sabbatical Approved

Is Your Life in Harmony With Your Work?

ABOUT US
Newspaper is your news, entertainment, music fashion website. We provide you with the latest breaking news and videos straight from the entertainment industry.
Contact us: [email protected]
FOLLOW US
© Newspaper WordPress Theme by TagDiv
MORE STORIES
Stress Management

Is Your Life in Harmony With Your Work?