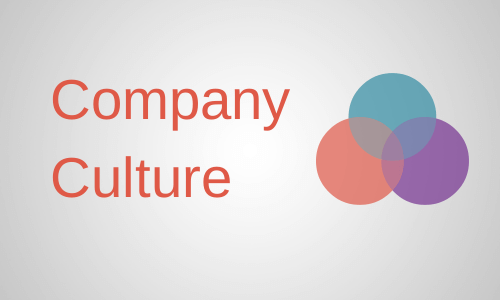 Each member of the organization is unique in important ways and similar to coworkers in others. An essential uniqueness is a perspective he or she brings to the team. Each looks at the job and the organization through a particular lens consisting of ways of seeing, thinking, deciding, relating, and so forth that have been learned and absorbed over many years of life.

Much of one?s perspective and behavior patterns develops from exposure to surrounding cultures, including the ways of thinking and working in one?s native country, one?s training including the assumptions and polarities of the chosen field of study, formative experiences, and the accepted ways of getting things done in one?s places of employment.

These differences are well represented metaphorically in John Godfrey Saxe?s poem concerning the six blind men and the elephant. Each blind member of the group bumped into a different part of the elephant and in attempting to figure out what he had encountered formed a different impression, for example, the tusk experienced by one man as a spear, the leg by another as a tree, and the tail by a third as a rope. None of the men knew from prior experience what an elephant was, and thus they failed to integrate their disparate views into a whole picture that would have been a better map of reality.

Local or sub cultures within an organization easily duplicate the blind men?s problem with trying to make sense of the unknown. There are significant gaps between management, engineering, sales, operations and production cultures. The members? backgrounds, languages, and goals differ to such an extent that you can describe them as coming from different countries.

You May Also Like To Read:?Munnabhai, Gandhism And Corporate India

As a leader, you must pay attention to such gaps in understanding and practice across functions, resulting from often unstated, dramatic differences in assumptions about what is important, to have any chance of high performance. Culture is usually defined as a shared set of values, beliefs, and norms ? in short, a shared language (unspoken) and perspective that helps diverse individuals within that environment work together in harmony.

The identical people working under different cultures, including units of the same organization, can act in very different ways. The differences can be useful when they are made explicit and part of the team?s larger picture of the job; left unarticulated, they present barriers to concerted action.

First, as a leader, you must recognize the differences that cultures create in their approach to work and then talk about them. This is a common challenge for all teams, and you can take an initial step by choosing an attitude of genuine interest and openness concerning differences and approaching the learning about one another?s cultures with respect.

Second, changing the culture changes the way people act. In other words, a change in culture is a significant shift in the work context that influences behavior. For example, changing from a culture of blame to one of collaboration gradually changes most behaviors from finger pointing and self – protection toward seeking partnering opportunities and sharing openly.

Third, you and your team can take the steps to script and create its culture. Use a process-driven approach for quickly creating a culture that involves all members, so that a shared approach to all aspects of the work exists. The new culture or subculture represents a set of agreements developed through formal activities and evolves through informal social experiments yielding ways to get along and get things done. It creates an informal infrastructure ? a web of joint assumptions, beliefs, and values that support a dynamic social and intellectual network.

You and the team can take many steps to create a shared culture, so there is a uniform work environment of expectations and values.

As a leader have a role in making the cultural change work succeed. You have to make an endeavor to establish the formal conditions for a set of congruent behaviors, attitudes, and policies that enable effective interactions in a cross – cultural framework. The choice to deliberately build a facilitative and shared culture for your team is an important one. It provides bridges across the cultural boundaries that separate the members and inhibit their ability to collaborate.

Your Company Has Cancelled Your Long-Awaited Vacation – How To Respond?

Your team members see you as arrogant; however you are being direct – What to do?

ABOUT US
Newspaper is your news, entertainment, music fashion website. We provide you with the latest breaking news and videos straight from the entertainment industry.
Contact us: [email protected]
FOLLOW US
© Newspaper WordPress Theme by TagDiv
MORE STORIES
Change Management