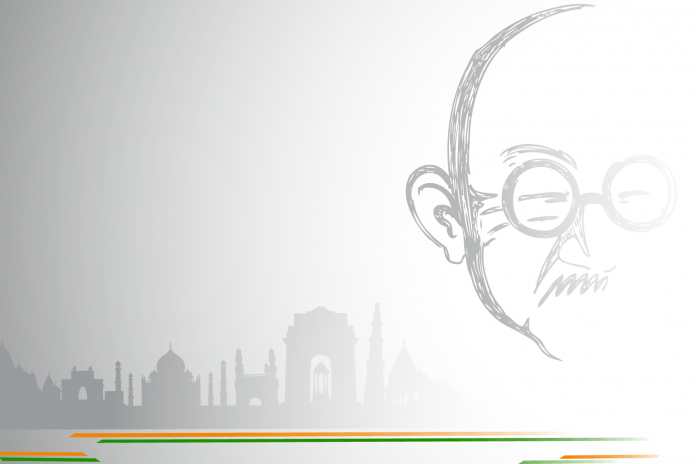 It is a sad statement on India that in recent times, Gandhi?s teachings only found a contemporary platform in Bollywood?s ?Munnabhai? film series. That said, we have to give due credit to Sanjay Dutt for underscoring Mahatma Gandhi?s ideals to a generation that seems to have forgotten them.

The ?Gandhigiri? that Sanjay Dutt?s character Munnabhai colloquially refers to is, in fact, the philosophy of Gandhism. Gandhi?s philosophy was based on three basic tenets ? ?satya? (truth), ?satyagraha? (the path of uncompromising truth) and ?ahimsa?, which pertains to Gandhi?s tenet of nonviolent resistance. It is a powerful philosophy that literally changed the course of Indian history.

So, does it all end with a series of formulaic Hindi movies? Not really. If we think about it, the teachings of Mahatma Gandhi have contemporary relevance in today?s business environment as well. In a company where Gandhian principles underlie a workforce?s perception of work, social ethics, moral discipline and human relations, nothing much can go wrong.

In fact, India does have many organizations with work cultures that reflect the essence of Gandhi?s teachings. Multinational corporations hoping to leverage India?s booming business potential are well advised to understand them.

Compassion and diplomacy have their place even in the hardest situations of corporate life. Guided by Mahatma Gandhi?s principles, the art of negotiation assumes almost magical hues. To illustrate ? we know that Gandhi boycotted foreign goods not only to defy the British, but also to boost to the local Indian economy by promoting the use of ?khadi? and other indigenous products.

However, his philosophies shone through when he traveled to the affected Lancashire mills and spend time will the mill workers on his next British trip. True to his principles, he explained to them why he was doing what he was doing – and his gesture won the day.

By making himself accountable in this way, Gandhi practically demonstrated the very essence of corporate social responsibility. In fact, CSR in India saw its beginning in the Gandhian concept of holding companies through a trust instead of by individuals.

Today, the Gandhian concept of ?ahimsa? ? or non-violence ? still has the power to transform even the worst of boardroom conflicts into cooperation. Contrary to certain Western schools of thought, ahimsa in business negotiation and conflict resolution is far from passive and submissive. In fact, it is a most courageous route. This baseline Gandhian concept of ahimsa, from which all of Mahatma Gandhi?s philosophies originated, requires one to be serious, to accept reality and to be ready to make sacrifices.

Gandhism is not an obsolete social concept, and it is certainly more than just a populist gimmick to sell a movie franchise. It remains a revolutionary tool in an increasingly mercenary business environment. Some of the best corporate institutions in India, such as Tata, were inspired by Gandhi?s philosophy. All of us can adopt and harness its power. After all, when we speak of globalization, we are speaking of integration ? not fragmentation. And integration is what Gandhi was all about.

What should you eat for lunch at office to avoid sluggishness?

Your team members see you as arrogant; however you are being direct – What to do?

ABOUT US
Newspaper is your news, entertainment, music fashion website. We provide you with the latest breaking news and videos straight from the entertainment industry.
Contact us: [email protected]
FOLLOW US
© Newspaper WordPress Theme by TagDiv
MORE STORIES
Leadership

What Does Leadership Signify